Our ancestors have predicted google by 1964! 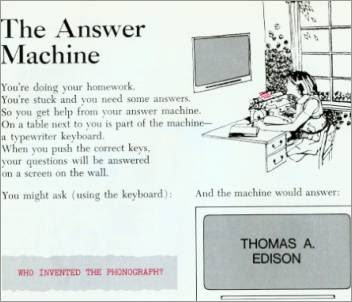 Google has been predicted by our ancestors 40 odd years ago,as they have predicted ship as large moving body and computer as data processing machine.It has been said in a magazine released by 1964 ,that there will a answer machine which will give you the suggestion if you ask your query to it.

Now Google is doing the same by getting user query as input and the result for their queries as output using a sophisticated algorithm.The cool one(as Thala said) is the picture they have published in that magazine is almost matching the way now people are Googling .